Why do we freeze semen?

We freeze semen (till -196 degrees Celsius) in order to make it independent of the time, to make it easy to store and distribute, making it suitable for insemination and in order to have the ability to store the genetic material for the future. It is also a good option for various breeds to prevent the loss of genetic variation. We recommend to use only male dogs for insemination and freezing who are able to do a natural mating.

The process of freezing semen

The freezing of dog semen is done from Monday till Friday and once a month on Saturdays. We advice in advance to make copies of the pedigree, DNA document and inoculation passport and mail these to us so that we have this information in our system, allowing us to prepare the plastic straws which hold the frozen sperm, and print the data of the male dog on them. Collection of the semen is done by a veterinarian at the Clinic for Companion Animals preferably with a female dog in heat. The easiest way is that the owner of the male dog brings one with him. After checking the identification via the chip or tattoo, a general health check and an examination of the genitals of the male will be done, and then the foreskin will be cleaned. The sperm will be collected manually from the standing dog. A direct analysis of the freshly collected semen will be done in the laboratory. If the semen quality is good, it will be processed and diluted with an extender, and according to a strict protocol filled in straws and frozen. An important point here is that there has to be a complete control of the temperature range at which the semen is frozen. Further more the quality and composition of the extenders is critical point. We use the extenders from Canirep, Minitube of America and Minitube Germany.

The semen can be frozen in in the IceCube, a moderate freezing machine or via the KZ contract freezer, which give good results for the dog in both cases.

A small amount of the frozen semen will be thawed in the afternoon after the collection and freezing process. This will be done according to the specific thawing protocol and the quality after freezing and thawing will be determined. This will be shown in a document, which will also include how many straws you need for a fertilization (breeding unit). In general, semen that had excellent quality immediately after collection will show good quality after freezing and thawing. In general frozen canine semen can be used for the insemination for at least 2 (sperm reasonably good) up to 5 (Excellent semen) female dogs. Following collection, and end report will be emailed to the owner of the dog and/or semen, latest next business day.

If there are any major abnormalities in the semen after collection, and when its decided not to freeze it, these will accurately be set out in the discussion of the analysis with the owner of the dog. In some cases, there may be treatments available for the specific abnormality. After treatment we wait a period of time (3 to 6 months) before we preform another collection and decide whether the semen can be frozen again.

After freezing, the semen is stored in one of the cryogenic tanks. For this a contract has to be signed between the owner of the dog and/or the semen and Cryolab. In case of prolonged storage of the semen, an annual storage fee will be collected and an invoice will be sent by email to the owner. In case of using frozen semen with a third person we need a written consent (or email) from the owner of the semen. The client of the stored frozen semen remains the owner unless there is a written order or consent, by the owner to transfer it to somebody else. In case of non-fulfilment of the obligatory storage fee the ownership can expire and will be transferred. See therefor the general conditions of Cryolab. 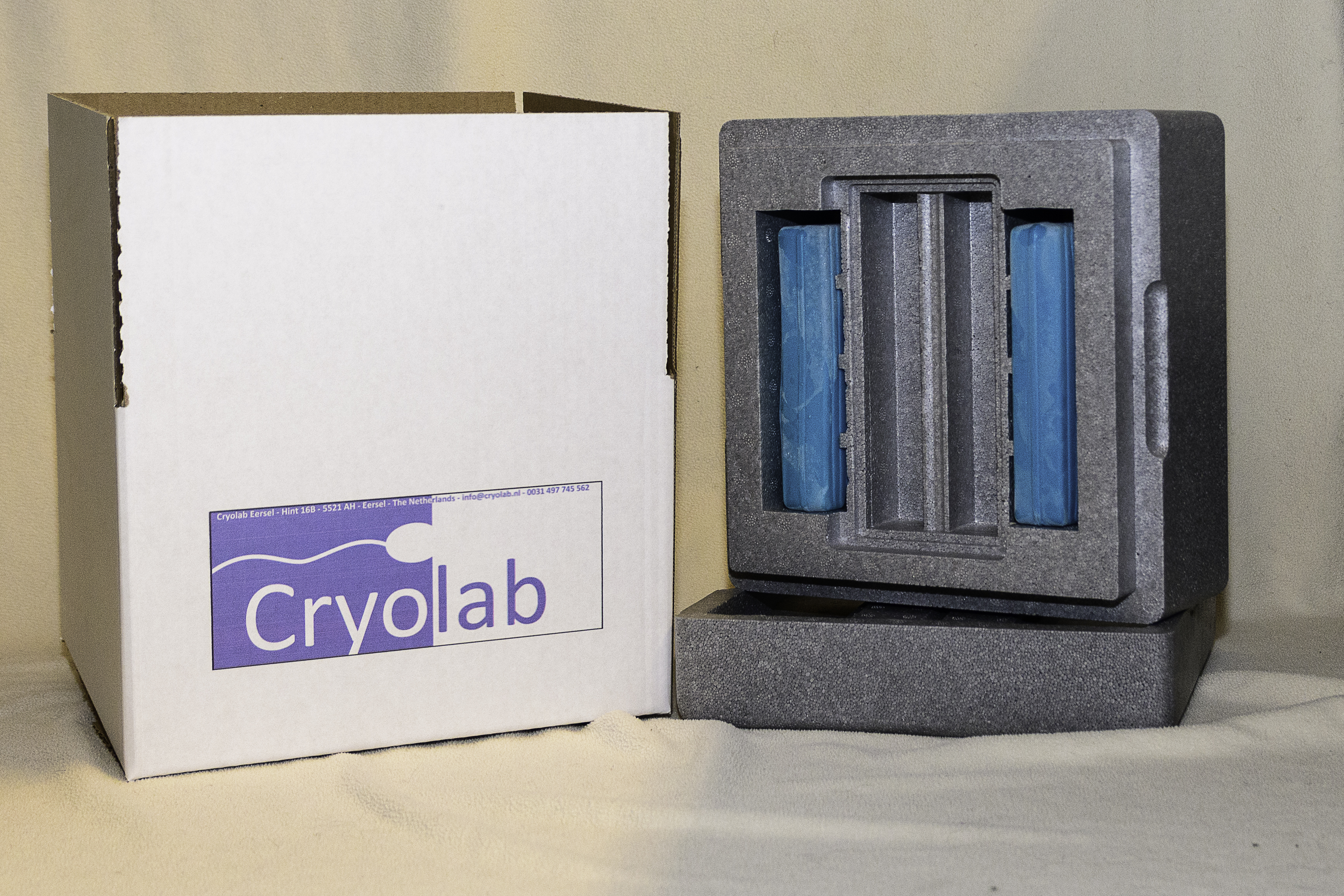 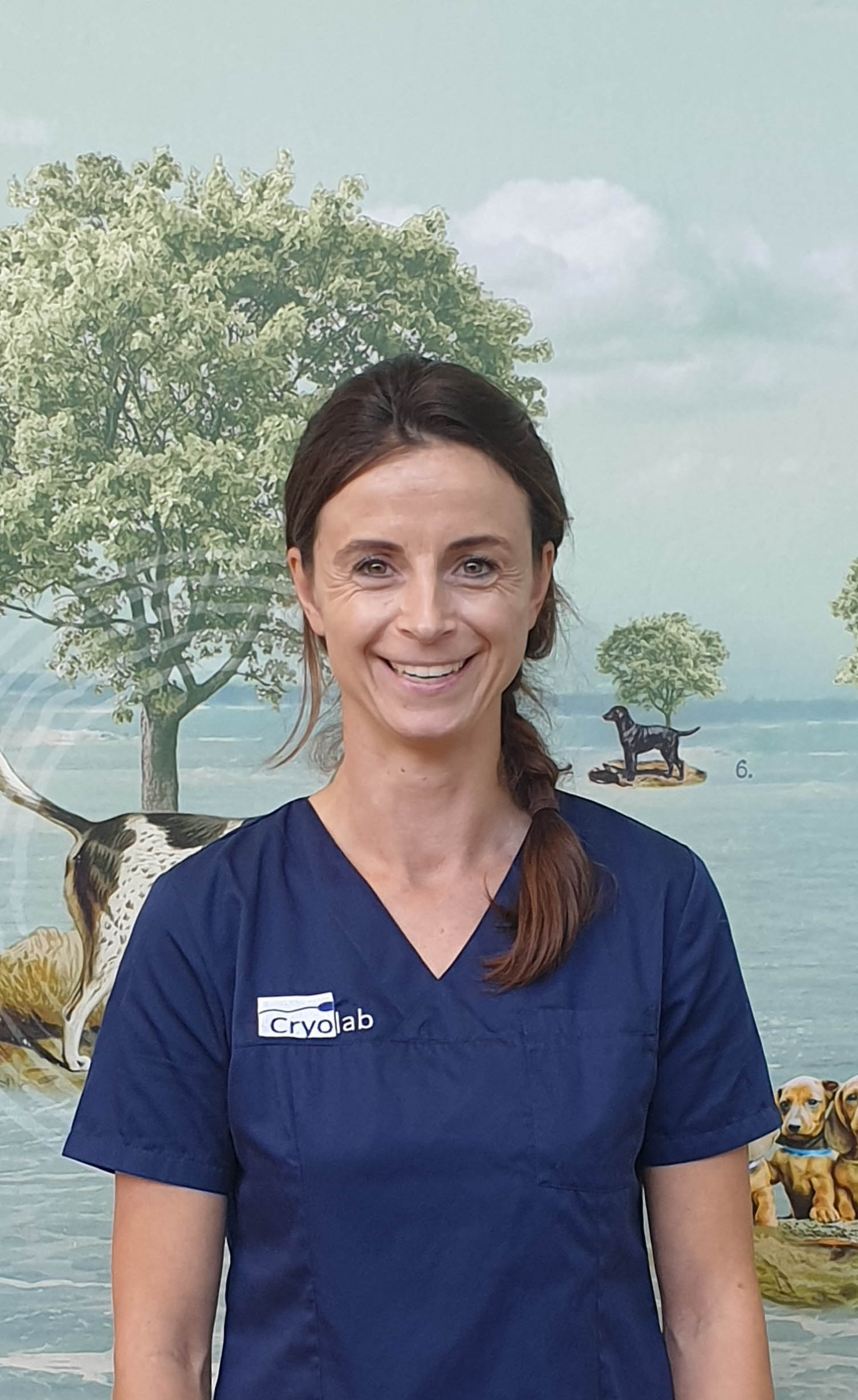 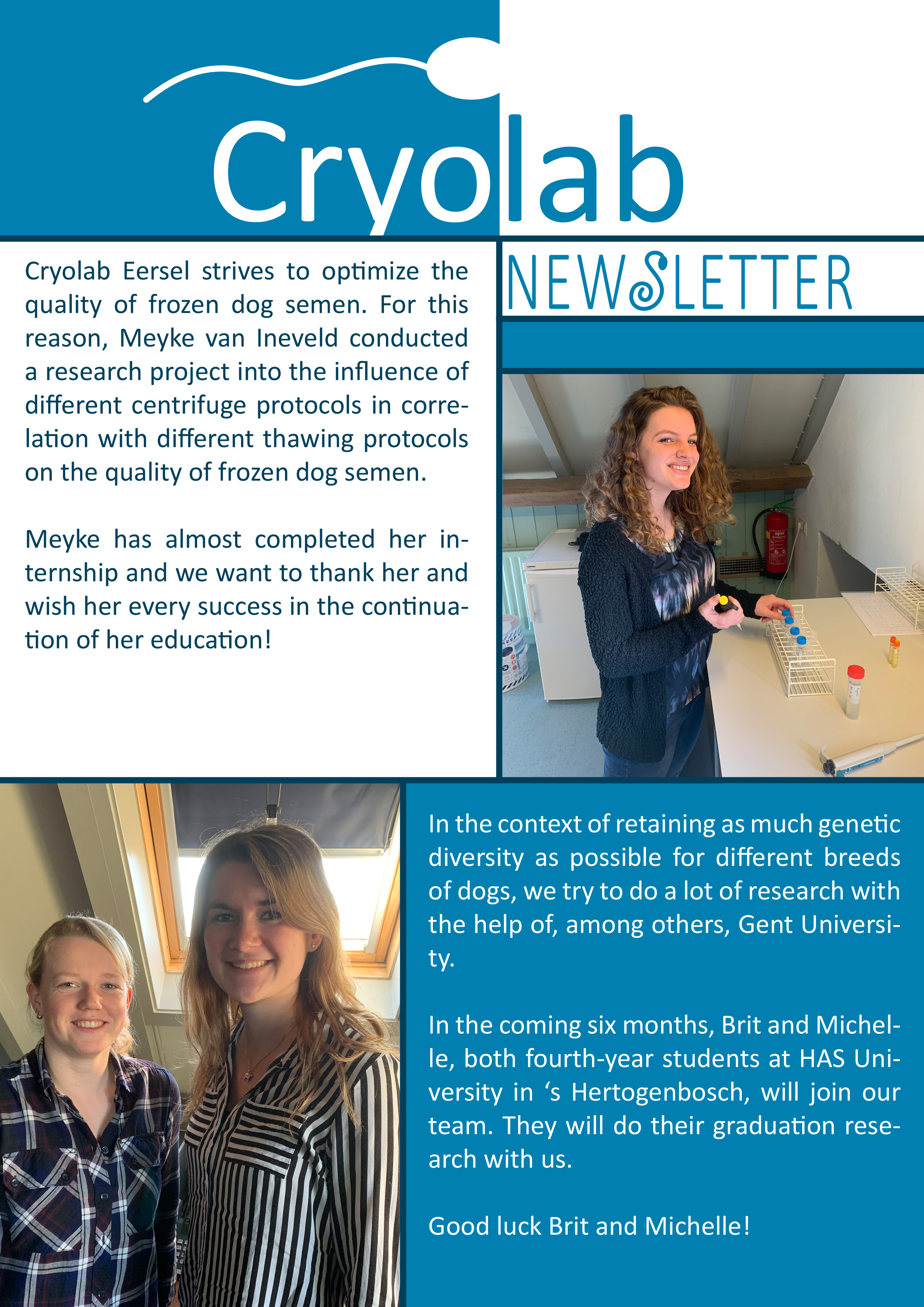